I love soup season.  It may, dare I say, even be my favorite of all seasons.  Nothing beats curling up with a big bowl of soup on a chilly day.  Well, curling up with a warm soup, hot toddy, and cozy fire while light flakes of snow fall outside… nothing beats that.  But for now, we have soup.  Delicious, comforting, healthy soup.  And it’s a really freaking good one.

Every country seems to have it’s staple comfort food.  That bowl of stew that’s served every time a child is sick, to aid a mean hangover, or simply to please those comfort food cravings.  Mexico has pozole, Greece has avgolemono, the U.S. has chicken noodle and Peru, Peru has this.  Aguadito, a green soup made with a cilantro base, chicken, vegetables, and if you like, rice and potatoes too.  It’s a goodie. 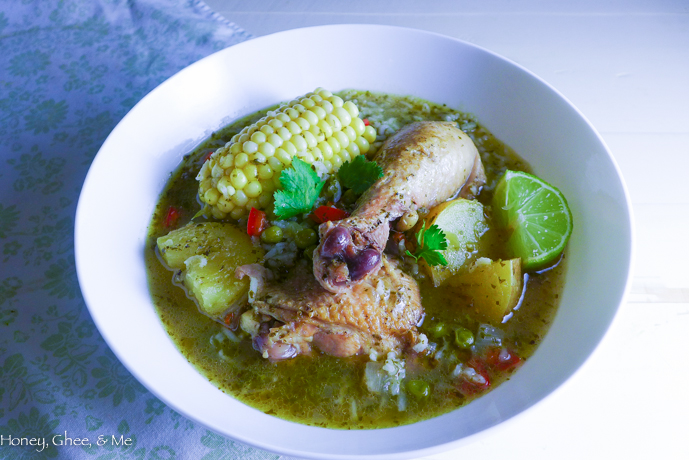 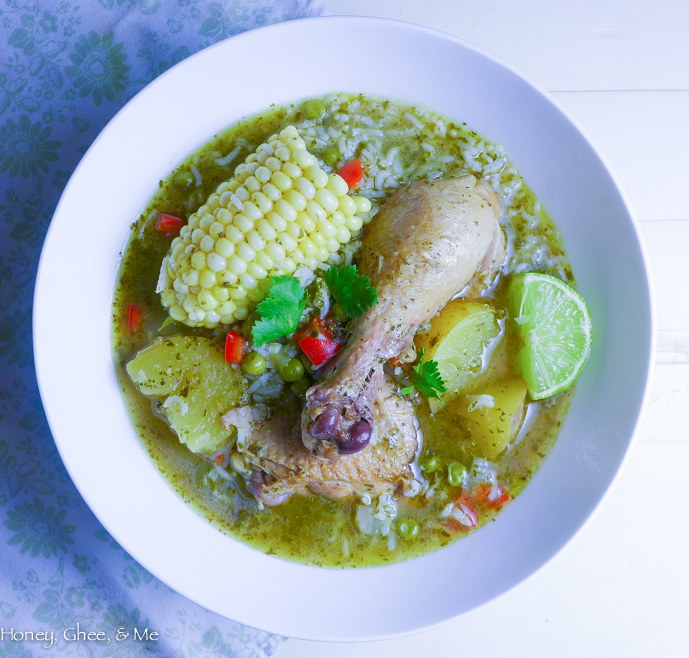 I’ve made this soup numerous times over the year.  Sometimes I add in extra veggies, sometimes no corn, but for the most part, it’s stayed the same.  It’s one of those heart guys that can no wrong.
The only changes I’ve really made have been the method.
I used to brown the chicken, remove it from the pot, then saute the onions, rice, and peppers in the pot with the spices. Then I’d add the cilantro base, the broth, chicken, and so forth.  Somewhere along the way I got lazy though.  I just started adding in everything together.  I now brown the chicken, then add in all the veggies, cilantro base, broth, and veggies all at once.  I let it cook, then add in the rice and corn half way through.  I’ve found this lazy way makes a fab soup too.  So choose your style.  Yes, sautéed onions are great, but so is ease.  Both make a nicely flavored soup! 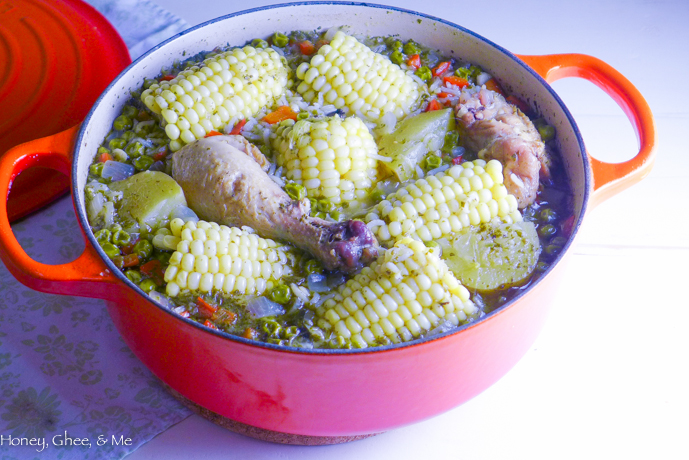 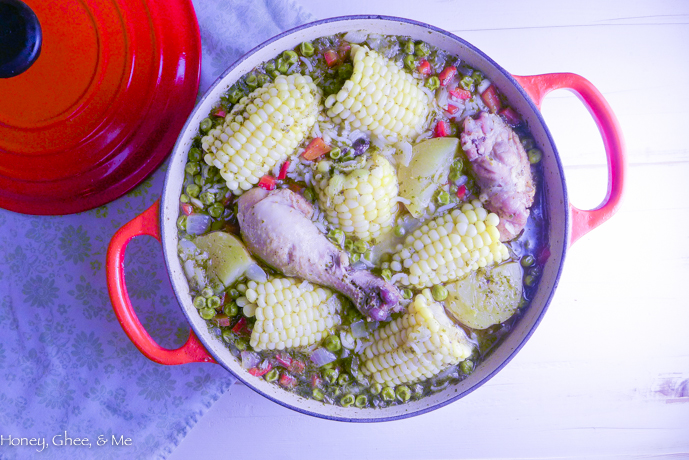 You can make this without rice if you’d prefer, though it does make it heartier and somehow cozier feeling too.  The rice soaks up a lot of the broth, so you really don’t need much.  A little goes a long way.
Some prefer to cut the corn off the cob before adding it to the soup- I love it left on- it feels more rustic and earthy to me.  I make my caldo de pollo the same way- big chunky pieces rather than many little cut things.  I think it adds a nice touch to have the corn on the cob, large pieces of tater, and whole chicken pieces, but by all means, shred that meat and chop that corn if you’d like in stead! 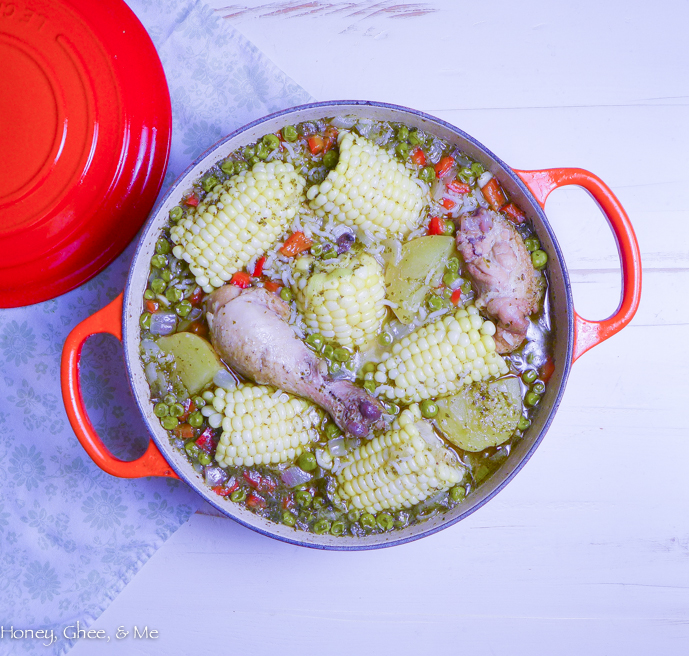 4 pieces of chicken, bone-in (I use 2 thighs and 2 drumsticks)

5 cloves of garlic- 3 whole plus 2 minced

1 or 2 ears of corn, broken into thirds or quarters

1/2 tsp salt, plus more for seasoning

Prep all veggies…
Peel the potatoes if you’d like, though I typically don’t worry
about it with thin-skinned ones like Yukons
For the chile- remove the seeds if you’d like, don’t if you like a subtle spice
I often leave them in for this soup, but you could opt to play it safe, then add some crushed red pepper flakes or hot sauce at the end for extra spice if you’d like 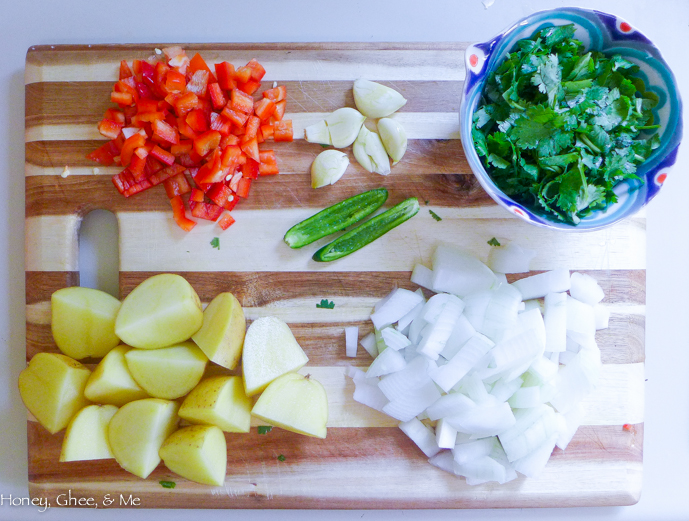 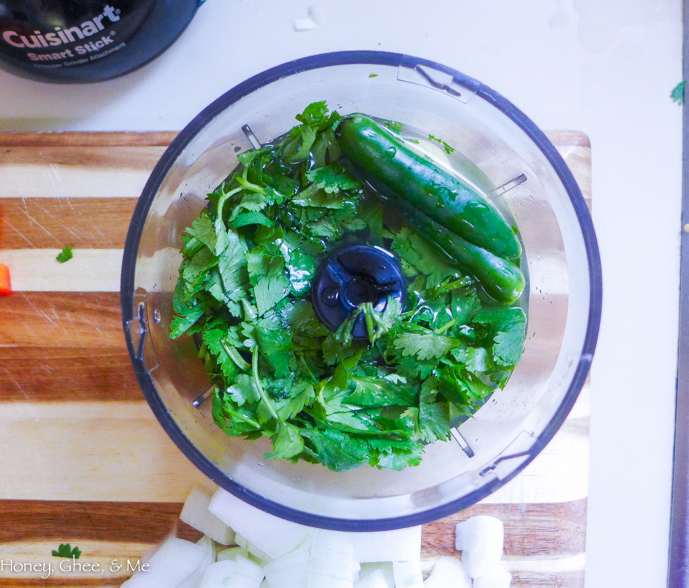 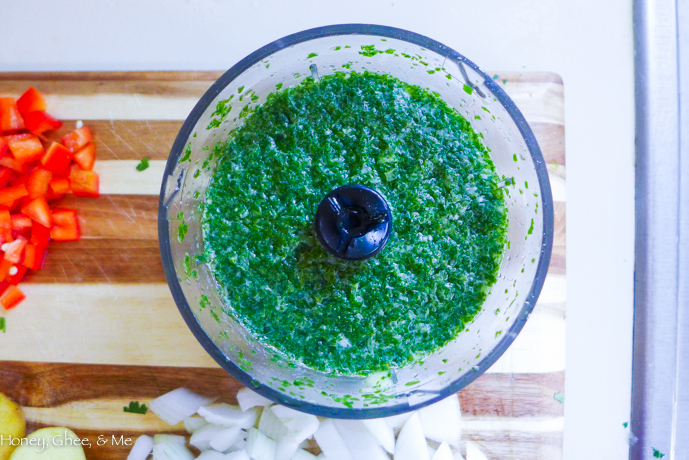 Season chicken with salt and pepper 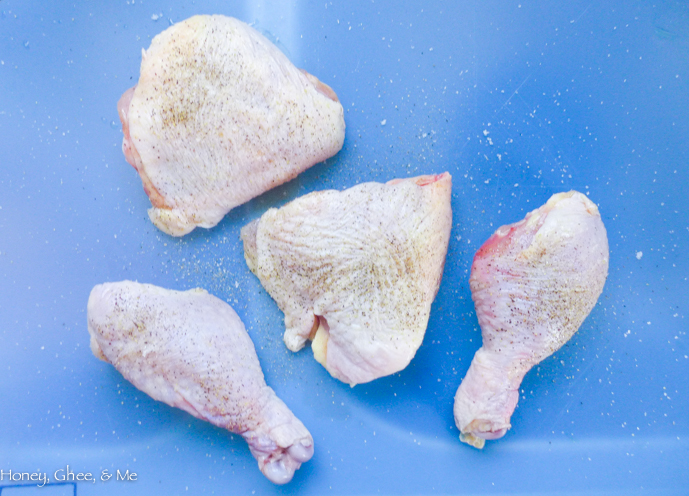 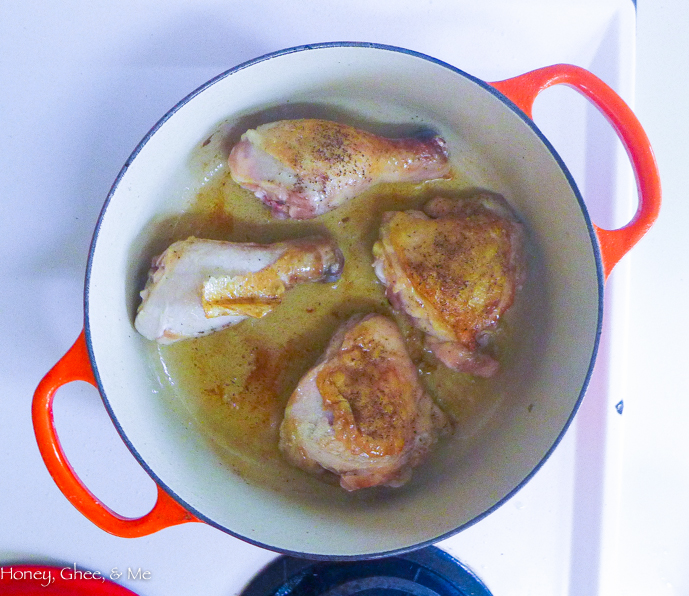 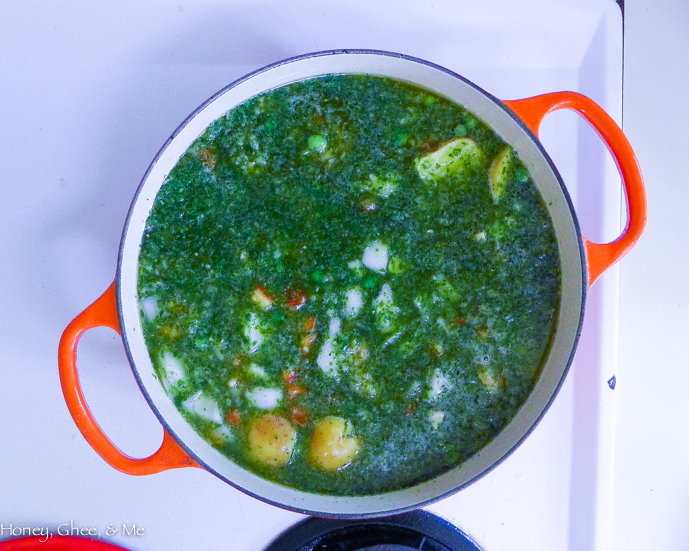 Lower heat to a simmer, cover, and cook for approx 30 minutes
Then, add the corn and rice
Cover again and cook for 30 more minutes 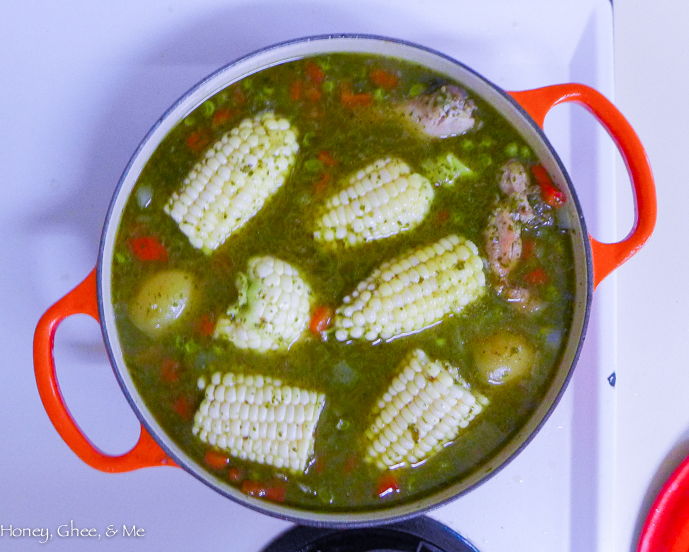 Once the rice is done, the soup should be ready to go
Taste and adjust seasonings to your liking
(The rice will soak up a lot of broth- if desired, add in more broth)

Ladle soup into large bowls, snagging a little of everything in there
(As mentioned in the intro, I like the chicken and corn left whole- alternatively, you could shred the chicken first and cut the corn the cob- your choice)
Top with cilantro and lime wedges
Enjoy! 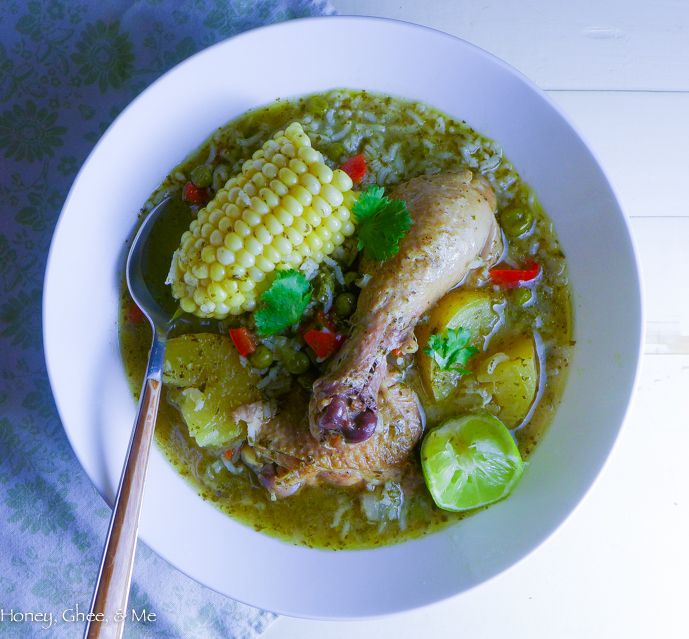