I LOVE lettuce wraps.  Especially since eating less grains, they’re my new fave go-to these days.  I was craving a summer wrap that was hearty and healthy.  So I busted out my slow cooker, went to town spiralizing veggies, and boom, had some mighty delicious almond chicken wraps ready to devour.  They’re Whole30 (making them great for Paleo peops or just those wanting to eat clean) and super satisfying, if I must say… 🙂 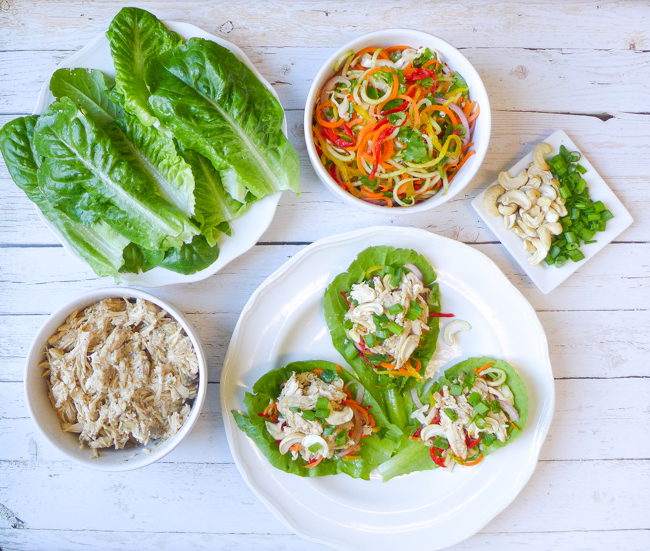 Don’t have a spiralizer?  No worries, you can just thinly slice (aka julienne) the veggies up.  Though I’d highly recommend adding one to your kitchen collection one day… they’re amazingly awesome.  they noodle nearly everything up into long thin yummies in a jiffy.  (I use and love THIS one!) 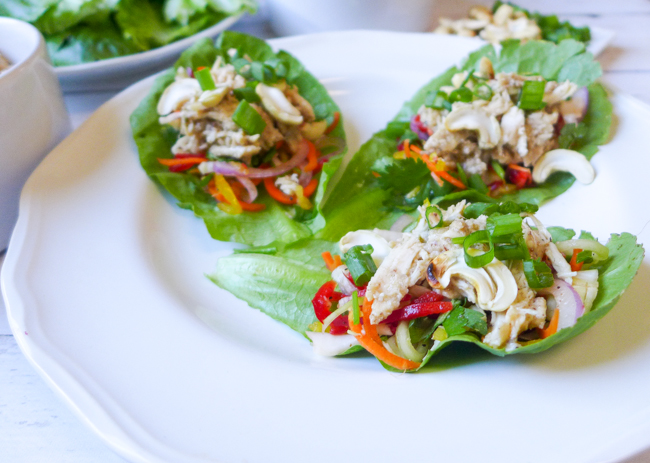 Some may think the slow cooker is only good for winter, but I bust mine out all year long.  It’s easy to use and makes food deliciously tender… what’s not to love about that!?  This almond chicken would be delish over some veggies or rice in winter, but for a  summer treat, it’s the perfect fixing for some light lettuce wraps. 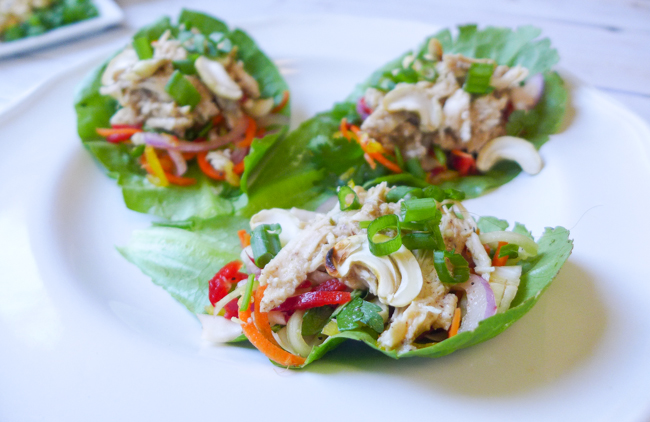 I have some lettuce growing in my garden right now… butter lettuce arugula, and romaine.  My romaine was ready to go, so I used that, though you could use any lettuce you prefer for making wraps. 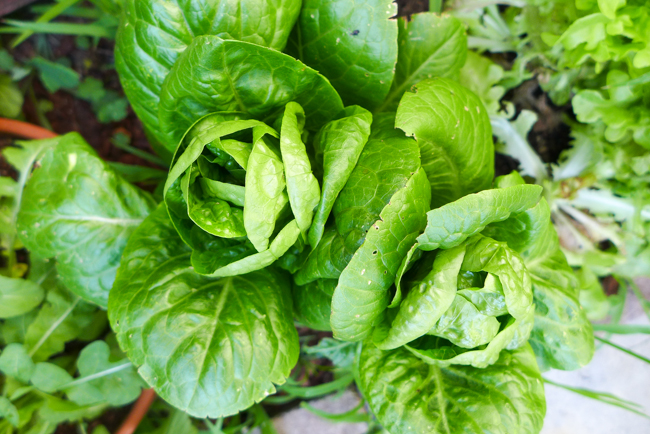 This dish works great as leftovers or as a make ahead-meal… just refrigerate the chicken and slaw separately and then bust them out whenever you’re hungry and ready to serve.  I ate this for dinner one night, lunch the next, and as a snack again later that day!  Stayed pretty fresh and delicious the whole way through.  🙂 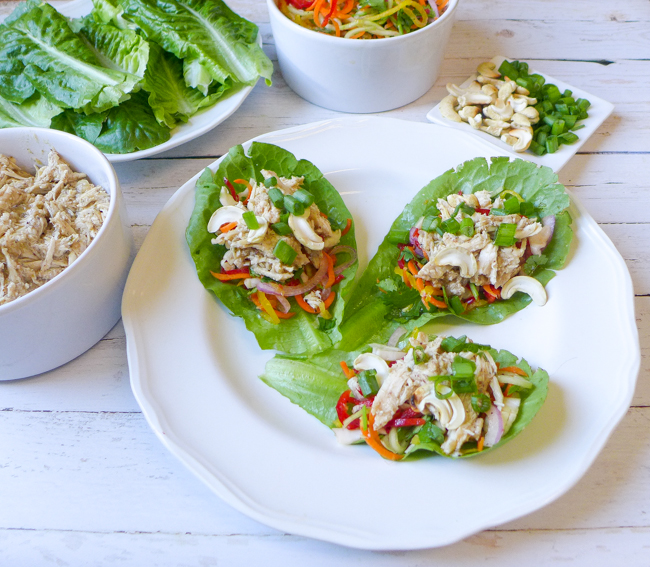 a small head of romaine or butter lettuce

*note: instead of spiralizing, you can thinly slice the vegetables 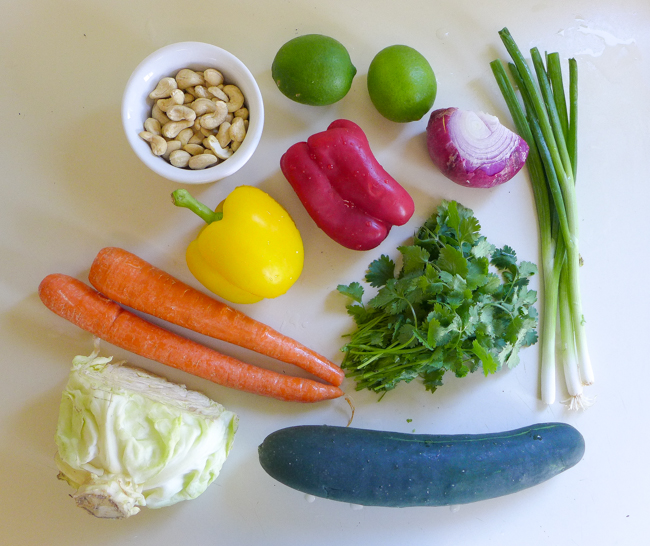 Chop the onion and basil, mince the garlic, and grate the ginger 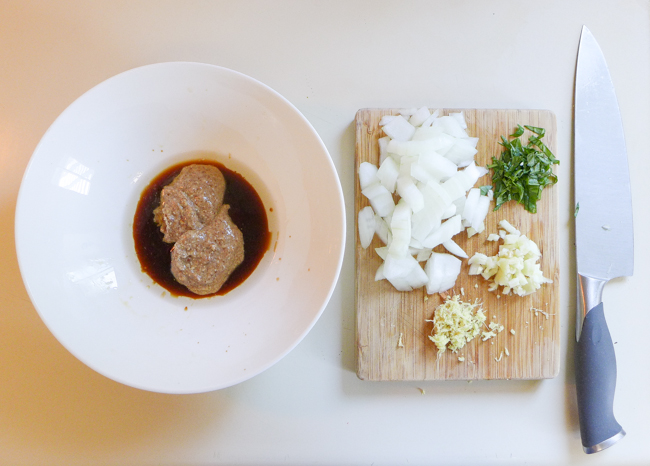 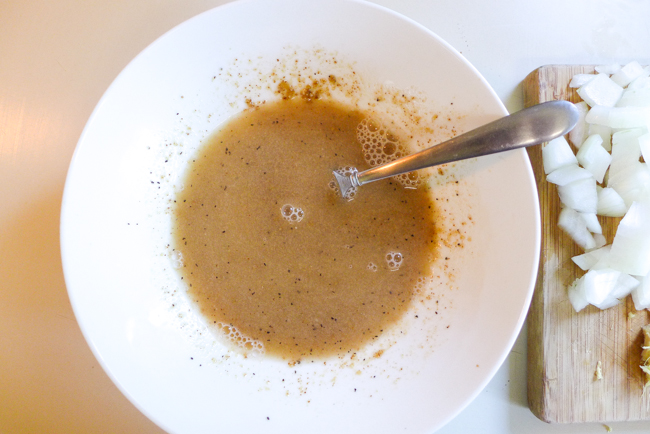 Add the onion, basil, garlic and ginger to the sauce 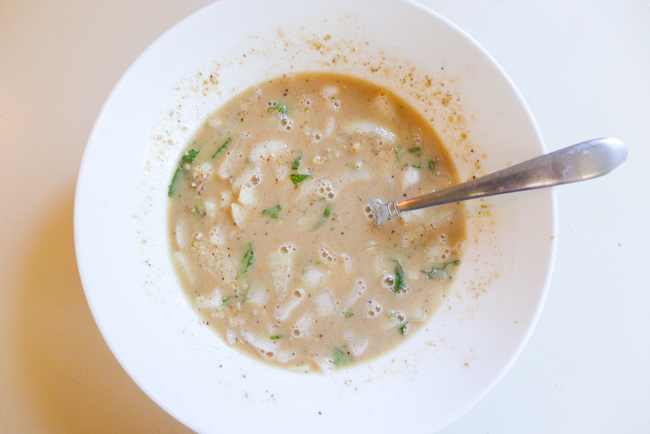 Pour the sauce into the Crock Pot

Add the chicken breast, smothering it in the sauce as much as possible 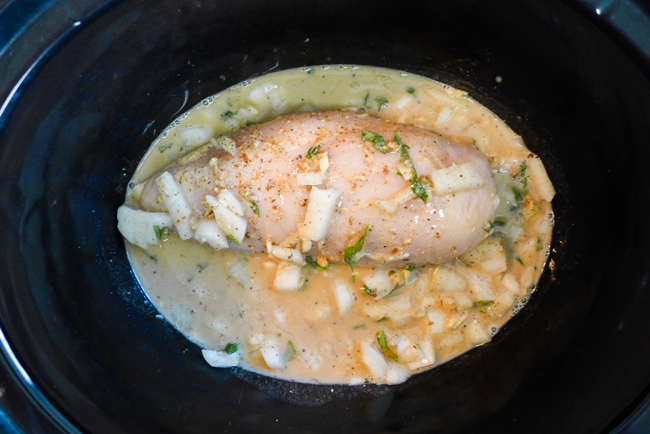 It will look like this when done- but don’t fret…

the second the fork touches it, it will fall apart into tender shredded goodness stat 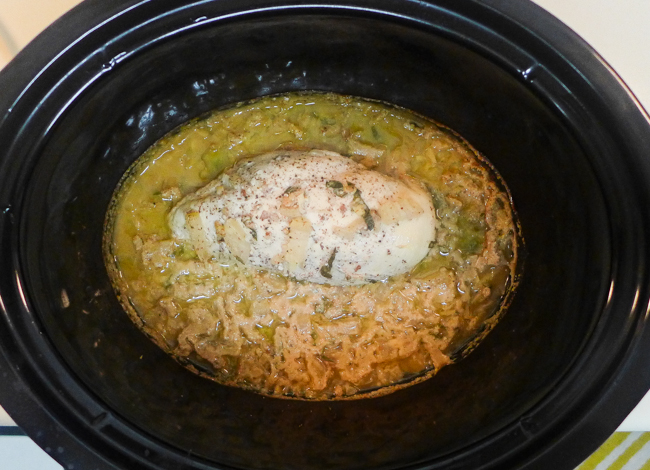 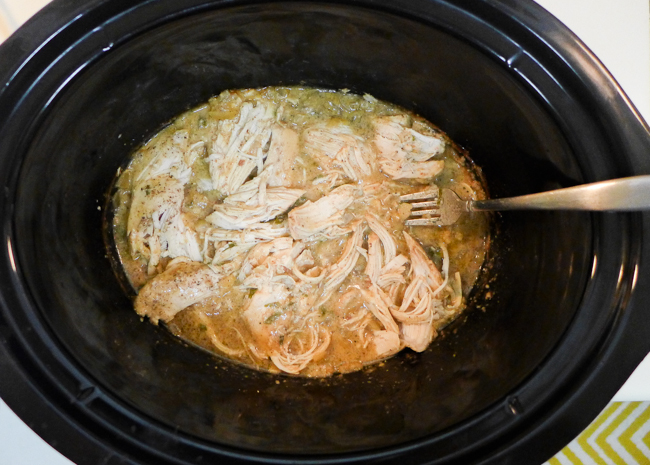 Pour the chicken and sauce into a bowl… that’s that, done! 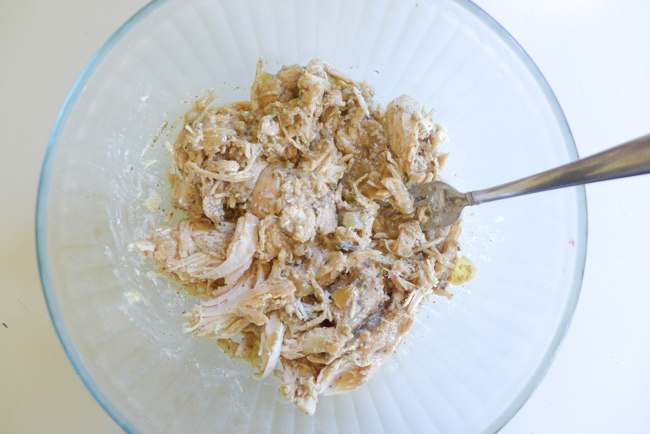 While the chicken is cooking, prepare the slaw…

(Alternatively, thinly slice aka julienne each) 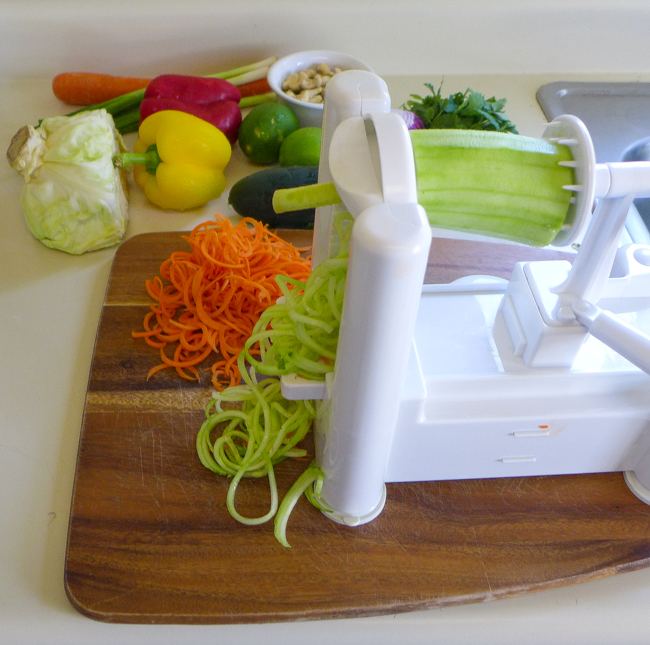 It will change the texture to cut versus spiralize, since spiralizing

makes long thin noodles, but it will work for a slaw either way!

but I like spiralizing things, so I noodle everything I can!)  😉 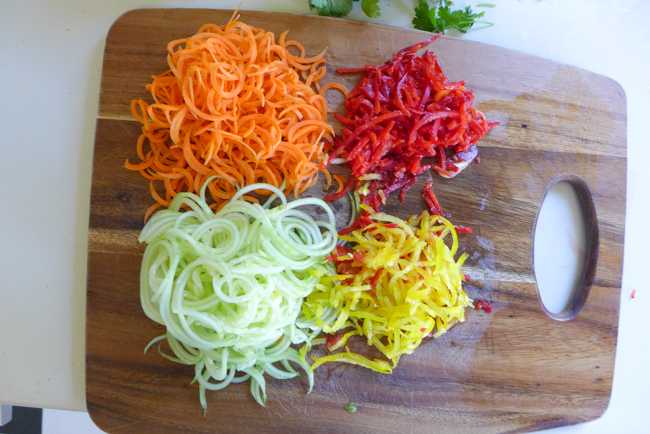 Slice the cabbage and toss it in a  large bowl along with the carrot, cucumber, bell pepper, and onion 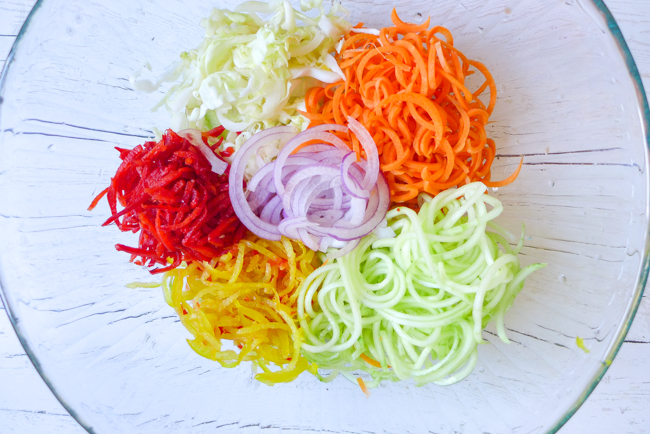 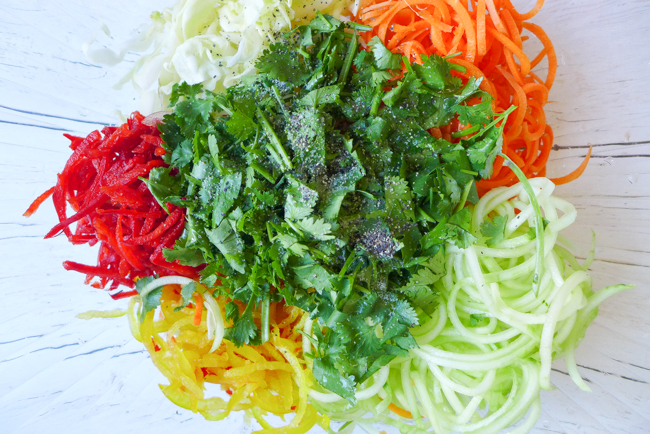 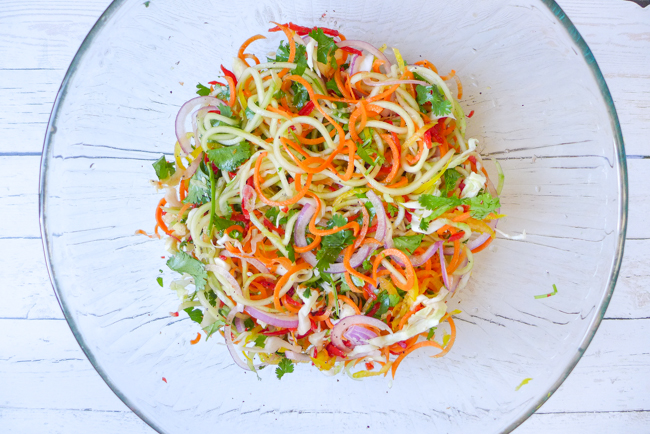 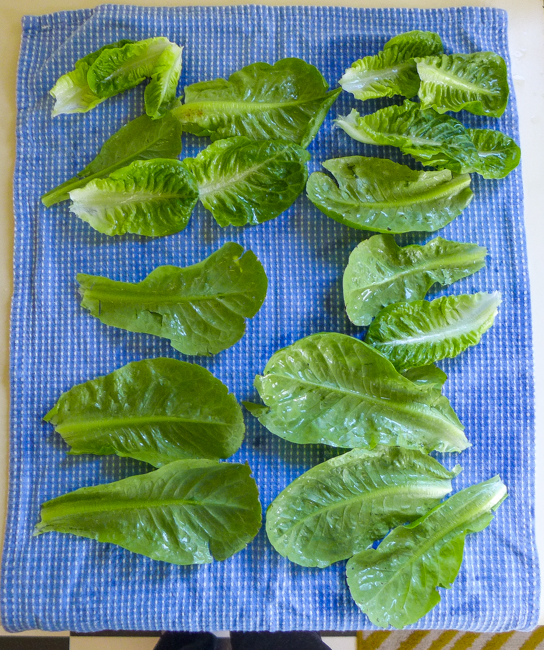 There you go, you’re ready to wrap!

Add the chicken and slaw to a leaf, top with toasted cashews and chopped green onions, and devour!! 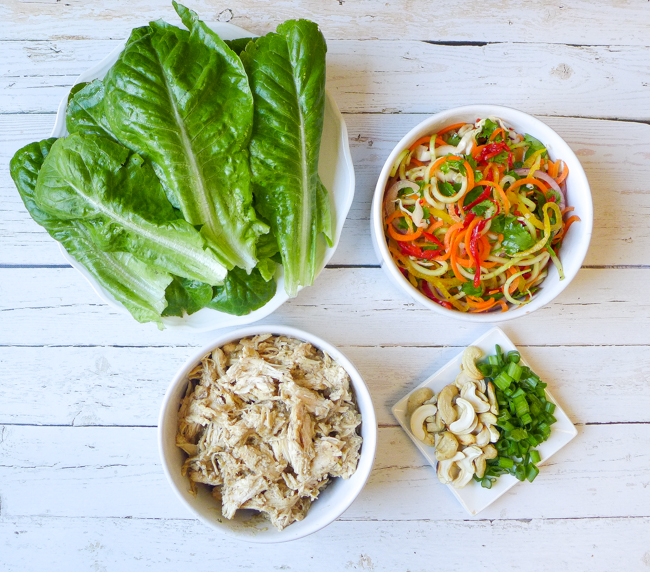