My family is majorly into the Giants.  When they go to the World Series, we go big.  Why am I telling you this?  Because the Giants are largely responsible with this delicious little concoction. 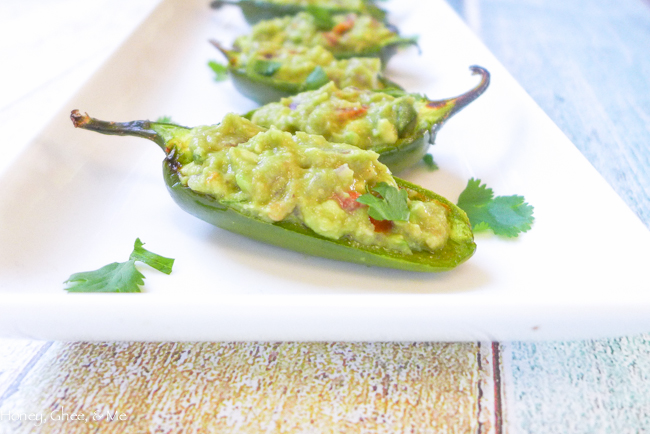 Yesterday was day one of the World Series, so naturally, my fam suited up to celebrate.  My aunt and uncle invited a few SF fanatics over for margaritas and snacks… I opted to bring some guac (who doesn’t love guac?).  So I whipped up a batch of my go-to guac recipe HERE… and then suddenly as I was about to wrap it up, I began dicing up little tomatoes and crafting them into a very dorky homage to the Giants over the top.  Totally normal… :/  Who am I? 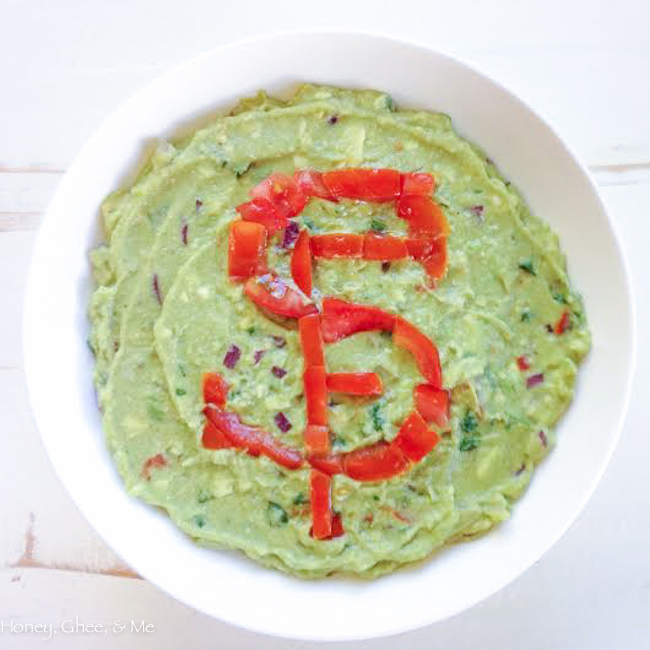 With a little teensy bit of guac leftover today, and some fresh jalapenos staring me down from the fridge, I decided to whip up what I imagined to be a mighty delicious little treat… guacamole stuffed jalapeno peppers.  I sliced the little peppers up, cleaned out their seeds, and tossed them in the oven for 10 minutes to soften and develop their flavor (roasted peppers have such a tasty flavor).  Once they were done, it was just a matter of scooping and eating.  Doesn’t get much simpler than that. 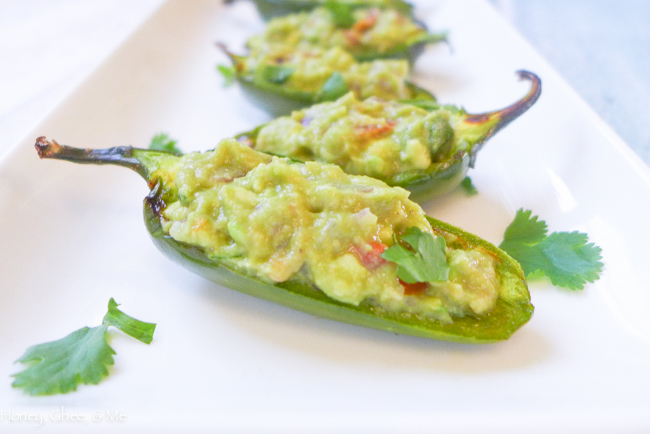 I really don’t think I even need to write up a recipe for this, as most of you likely have made guac before and know how to cut peppers.  I thought I’d photograph the process and write it up anyways though… ’cause if you’re like me, a tutorial is always appreciated 😉 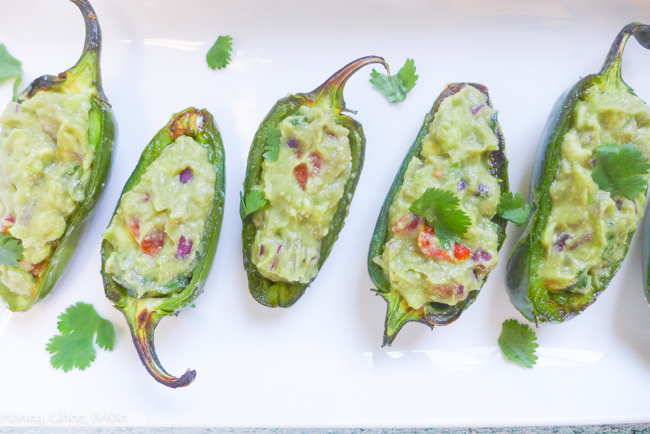 *for fun variations, top them with crumbled bacon, cotija or feta cheese, or diced tomatoes!

**once cooked, jalapenos aren’t too spicy at all, but if you want to forgo heat

all together, use little sweet bell peppers instead! 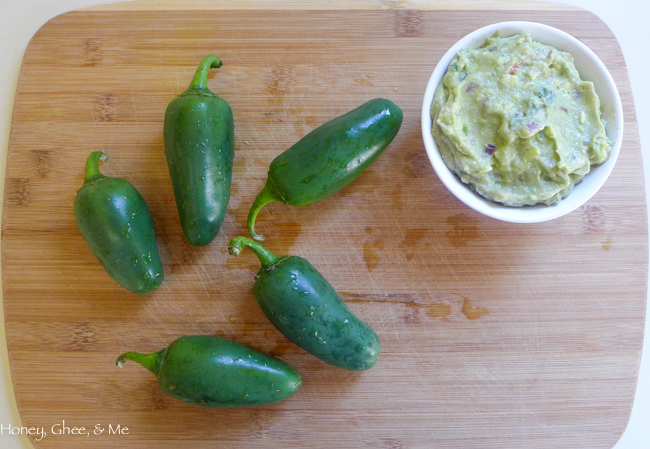 Slice pepper in half lengthwise

(I cut the top off of just one first, to show you that as an option,

Note about removing seeds: they are what hold the spice in peppers, so please, don’t touch your eyes or sensitive places after handling them.  In fact, some people with sensitive skin might even feel it on their finger tips after wards… if you think you might be one of those, you can wear gloves, scoop ’em out with a spoon, or just coat your hands in some olive oil before going after them 🙂 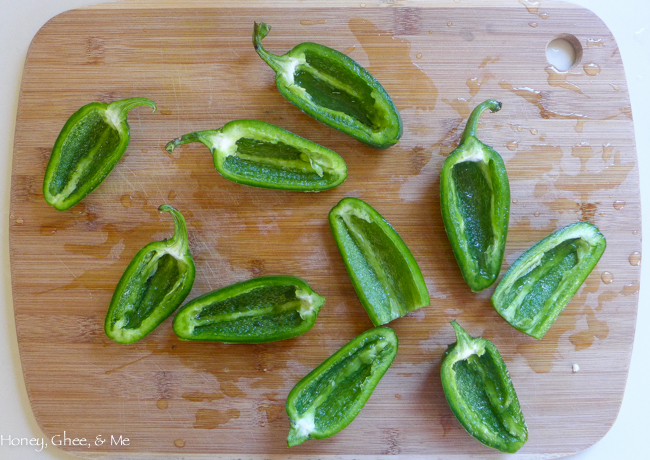 Drizzle a little olive oil and sprinkle some salt over them 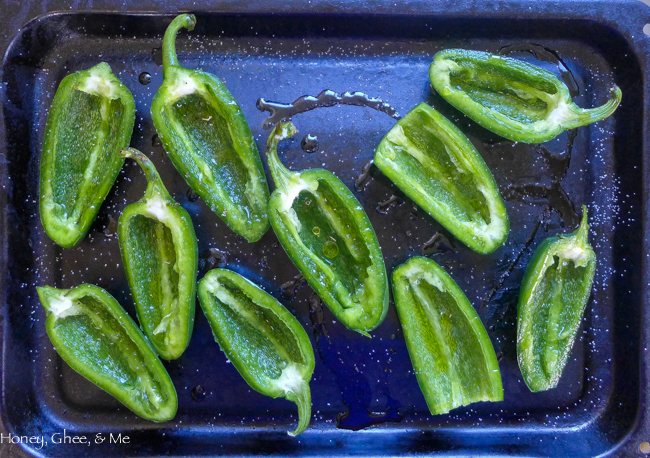 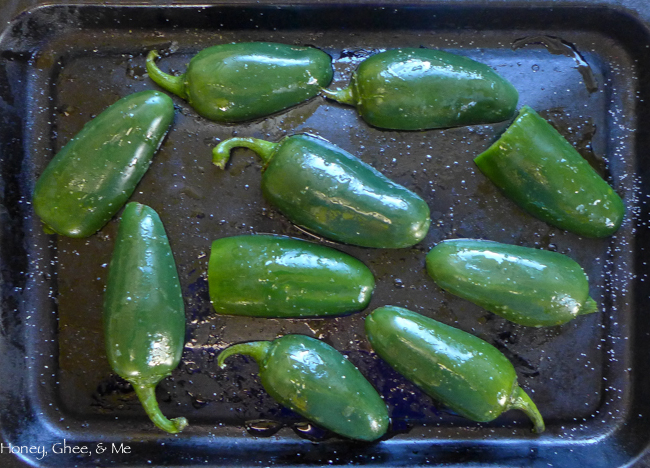 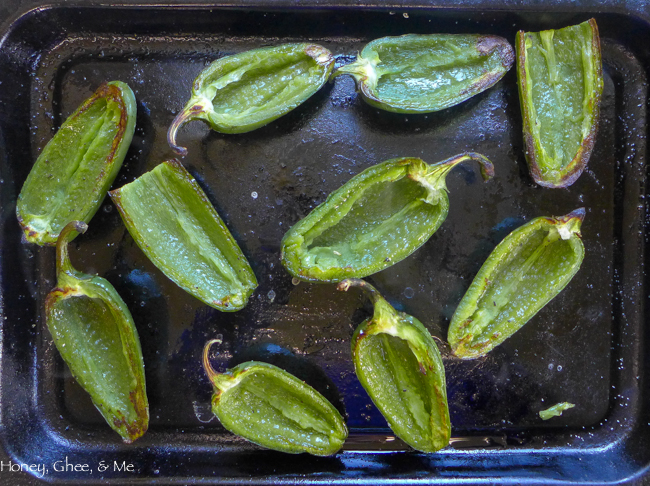 Lay on a cutting board or plate to cool

(they only need a few minutes to cool down) 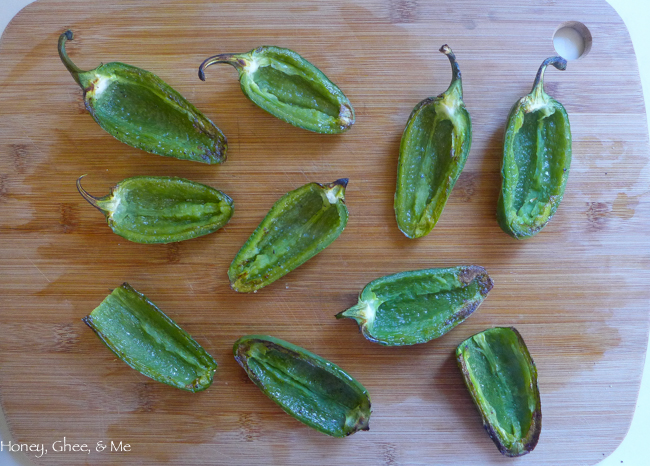 Using a small spoon, fill each pepper with guacamole 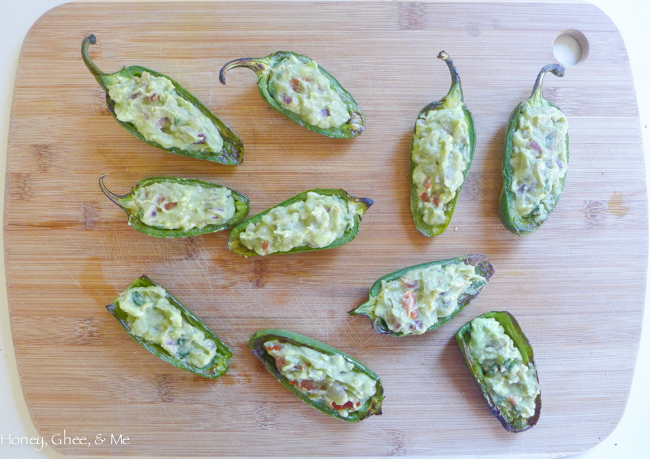 If there is any extra guac, gobble that stuff up 😉 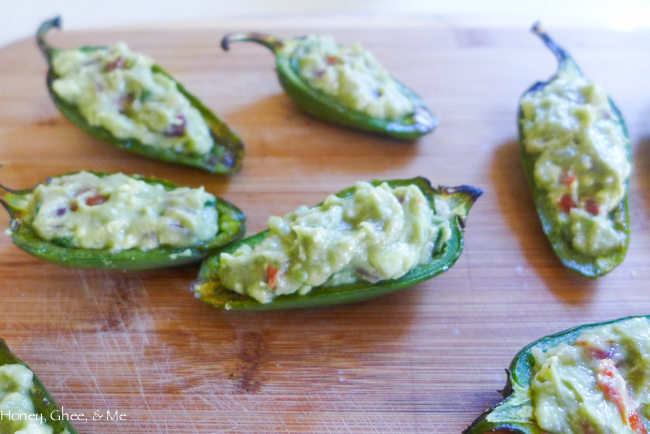 Lay on a plate to serve… 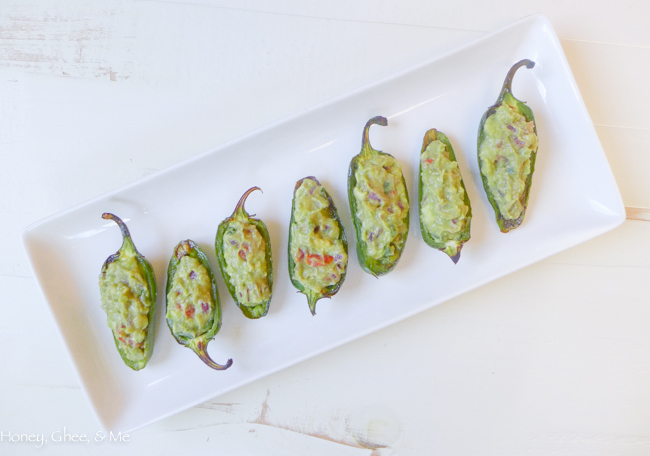 Top with cilantro and whatever other toppings you love! 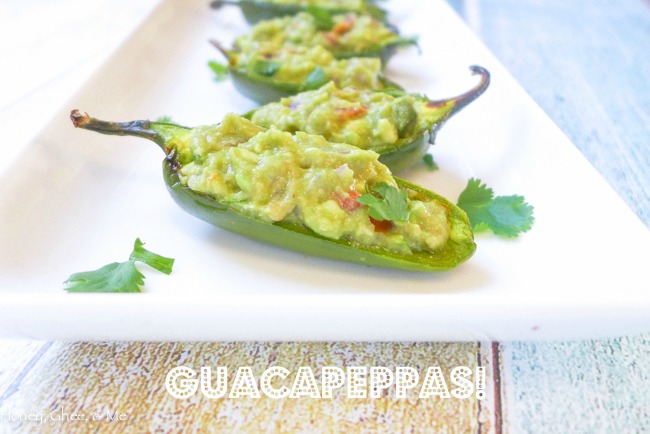