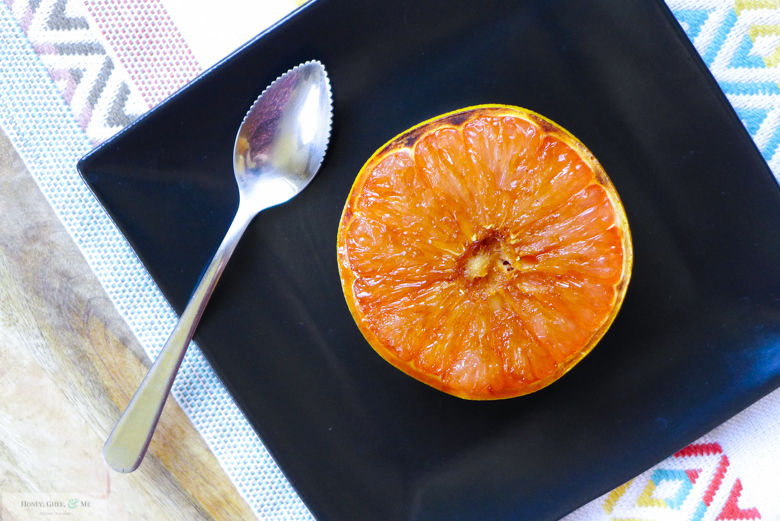 Nothing fancy here, but it’s too good to not share…

I’ve always been a huge grapefruit fan.  But never in my life did I think I’d crave a grapefruit warm.

That all changed last week.

I’ve been really into grilling fruits the last few years- maybe you’ve seen my grilled peaches, grilled figs, grilled apricot, and grilled blueberry endeavors.  I sometimes even grill lemons and limes for salsas and guac… but what I’d never done was a grill a grapefruit.

With the weather grey and a hankering to try, I decided I’d give some broiled grapefruit a try instead… there has been no grilling around these parts for quite some time (whoa torrential rains).  A quick glance online revealed this was no new idea… turns out others like cooked grapefruit too- with good reason!  It’s surprisingly delicious.  Add a sprinkle of cinnamon on that bad boy and you’ve got yourself a mighty tasty breakfast or dessert.  Cinnamon makes everything in life better. ♥

Why I love it:

1- It takes a naturally delicious fruit and turns it into a decadent feeling treat.

2- The sugars caramelize over the top… need I say more?

3- It’s so comforting with the warm cinnamon vibes, yet light and summery still.

4- I get to use my grapefruit spoon, which I’ll take any excuse to bust out.

5- It take five minutes.  Have a simple breakfast treat or spruce it up with a little ice cream and mint leaf for a fancy-feeling and impressionable dessert in an easy jiffy. 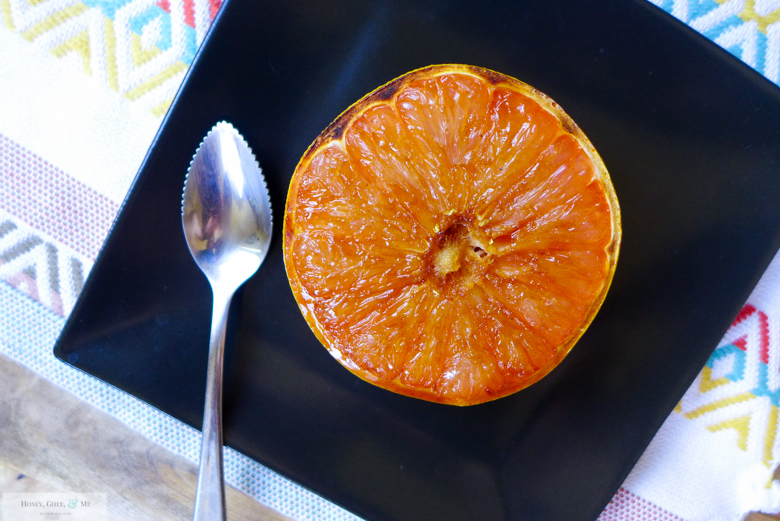 optional: a sprinkle of ground cinnamon 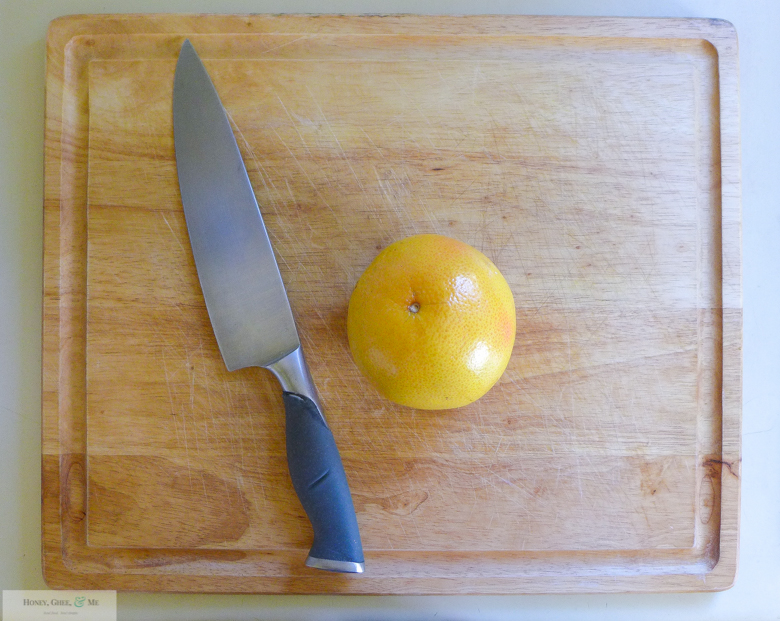 Slice grapefruit in half and prep it as you usually would…

I typically give it a good slice around the edge, then a quick cut along each wedge

Tip: if they’re wobbly guys, give the bottoms a teeny trim to create a stable standing base 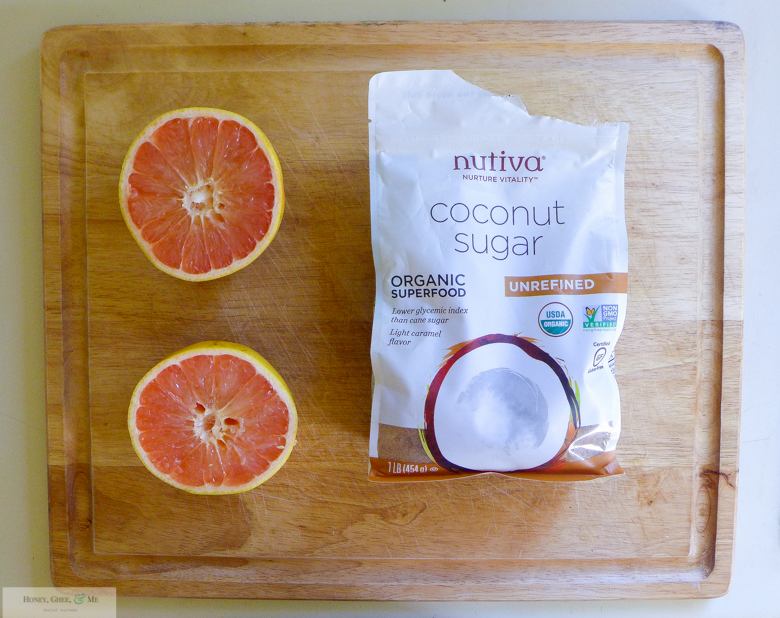 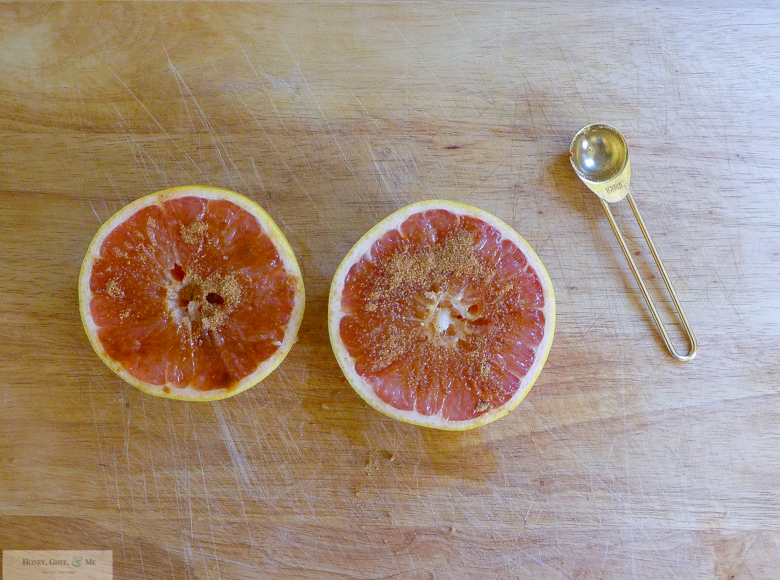 Totally optional, but highly recommend- sprinkle each half with a little ground cinnamon…

adds the perfect happy oomph to the final product! 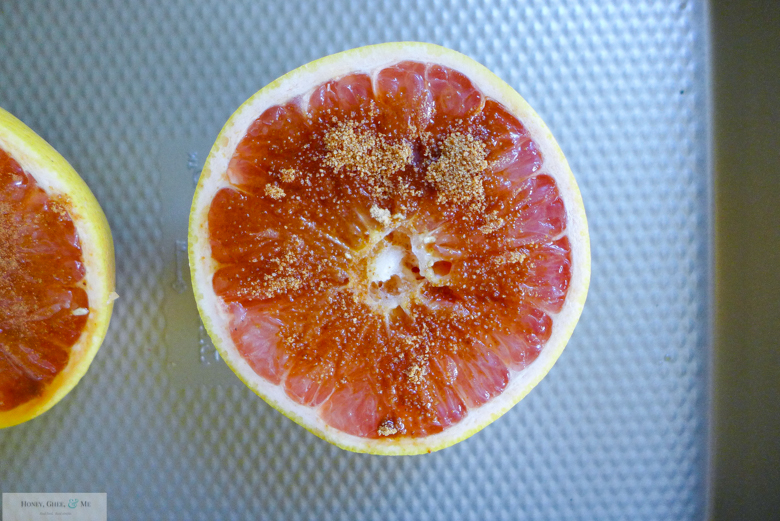 Broil for approx 5 minutes, until golden brown around the edges 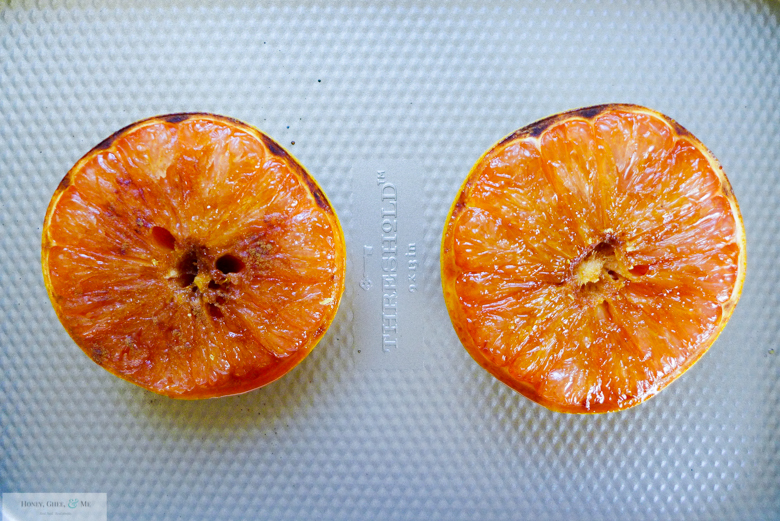 Dig in, devour, and enjoy!! 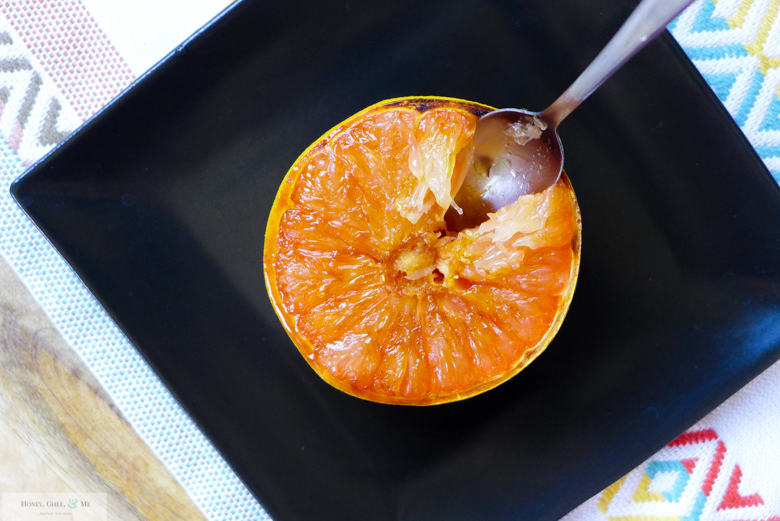 Want to pin it for another day? ♥ 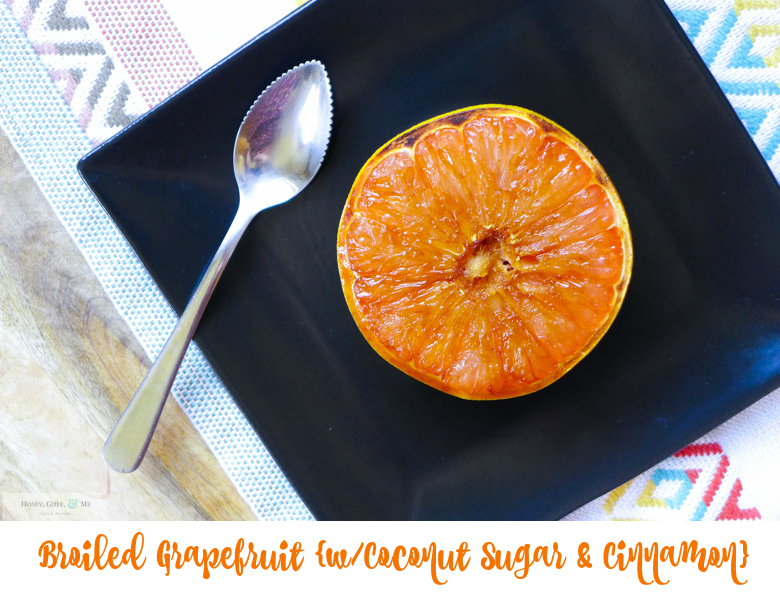